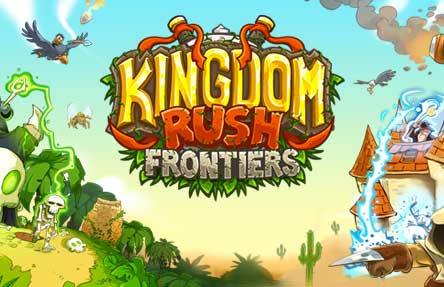 Want to get hooked into a handheld world where you can defend your very own castle, tower, and even kingdom? You found the right place to start. There are many apps out there that allow you to enjoy this kind of game, but what do you enjoy the most? I’ve done some research to help you find the best game out there for you. While searching the Internet I found a neat list of supposed 10 best games that seemed perfect for this. You can check the link below for some of the best games in all the kingdoms.

But even out of the 10, you might still have trouble picking the right one so here are some tips to help you out.

Your favorite PC game, now on your phone

Don’t want to leave your computer because you’d have to leave in the middle of your game? Well not to worry and check your app store, it’s very likely that there is an app version as well. Some of the top games, including Two Worlds II, Flash Element TD, and Stick War allow you to battle anywhere your phone goes.

Downfall might be your favorite game isn’t an app version…yet. Until it is, you should be able to find a new game you’ll love just as much that does have an app version. There are great resources like communities and forums for gamers like Reddit that share information about all games including defense games that you will be able to find in app version. You might even find one better than your PC game!

If you are just starting out in the kingdom defense games, or just looking for a great new game, searching the top developers in the genre is a great way to start. These games usually have the best graphics that make the fantasy more realistic. They often come with awesome effects and features, which means you’ll have a lot of options when you want to defend or build your kingdom.

Games made by Armor Games, one of the best companies in the industry, have some of the newest gaming technology. Researching their games as well as more of the top 10 developers would give you many advantages to finding the best game for you. Not only would researching them help you find some of the coolest empire-building games but also different types of defense games like versions with zombies or robots or even aliens, the imagination is the limit. You would also likely find other games to download like war strategy games or adventure games that build a story.

Hone in on your skills by building your kingdom from the ground up.

There are games out there that focus on the fighting and defending of your kingdom or castle. As those games might be a great fit for some, maybe you are more interested in a game that allows you to create your castle before the fighting begins. If you want to be in on the strategy of your towers, how your kingdom is laid out, and how your army will handle attacks, you should look into builder defense games to get really creative. Once you have created and victoriously won, some of these games will allow you to cash in on better weapons or stronger building materials to keep your kingdom growing and acquiring more resources to keep you playing and building your evergrowing powerful kingdom.

Now that you have more information about what kind of games to look for, what developers to check out, and what unique defending games you might like, it’s time to jump into the fantasy world that calls to you most. Build your gaming legacy and having the most powerful kingdom in the land, and don’t forget the most important part, have fun.