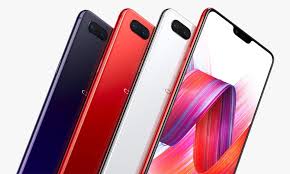 The 5G wave is coming. Yes, 5G will be operational by the end of 2019, and as long as India is concerned, the technology is launching in 2020. We have been hearing that from smartphone manufacturers and telecom service providers for a couple of years now. Well, the technology will come when it is actually ready. But, what is the use without the 5G mobiles?

Well, companies have been launching 5G smartphones or planning the launch in 2019. We will take a look at the best 5G mobiles you can expect by the second half of this year.

Planned for the launch a Samsung event just before the Mobile World Congress, the Galaxy S10 would be the first smartphone from Samsung to feature 5G compatibility. With a possible launch date of 8th March 2019, the Samsung flagship will have a 6.7-inch display and a 1440 x 2040 resolution.

The new smartphone from Samsung will be powered by the in-house Exynos 9820 processor clocking at 2.7 GHz and an octa-core compatibility. The phone will offer 64 GB internal storage and 6 GB RAM storage functionality. You will also get a huge 4500 mAh battery as well. The phone is expected to have a quad-camera setup on the rear and a dual-camera setup on the front.

The Xiaomi Mi Mix 3 has been confirmed last October 2018 and will be released in the first quarter of 2019. The device may hit the stores just before or on the lines of MWC 2019.

The new device will flaunt a magnetically sliding 6.39-inch OLED display and a bezel-less appearance. The new flagship from Xiaomi will pack up to 10GB of RAM and 256GM of storage space. As for the imaging capabilities, you are set to get a perfect option in the form of a dual-camera setup with 24 MP and 2 MP. In fact, Xiaomi is the only manufacturer to have showcased the actual 5G model that they will be launching. Equipped with the Qualcomm Snapdragon 845 processor and a massive battery capacity of 4000 mAh.

Oppo has always been at the forefront in launching world-class devices, and it has planned to launch the Oppo R15 with the 5G compatibility. Planned a fully commercial 2019 release, the Oppo R15 is witnessing a simultaneous deployment of the X50 modem for enhanced performance.

The Oppo R15 is likely to be launched in March 2019. Likely to be shipped with a 6.28 screen, it will have a MediatekHelio P60 Octa-core processor powering it. The 6 GB RAM compatibility is one of the features that has been revealed. Given the focus that Oppo has always placed on the camera technology used on its phones, the new flagship is likely to come with a 20 MP front camera coupled with a dual-camera setup of 16 MP and 5 MP. The battery capacity is expected to be around 3500 mAh.

OnePlus has been one of the prime players when it comes to developing high-end devices. They are likely to release the new phone by October this year during the Qualcomm summit on 4G/5G technology.

We cannot assure you that the new phone will be the OnePlus 7 itself. It can either be the OnePlus 7T, or OnePlus may decide to launch some new phone straight away with 5G compatibility. OnePlus may have a 64 GB and 6 GB combination for the internal storage and RAM capability. The screen size would be somewhere around 6.5 inches. We would expect a combination of Snapdragon Snapdragon 855/X50 for enhanced performance. In fact, the company even demonstrated a 5G video call in 2018.

Huawei is perhaps the major contributor with respect to the 5G revolution. In fact, it has been involved in the core hardware for 5G and introducing 5G chips. In fact, like all the players listed here, Huawei is trying to pull the title of the first 5G Phone to itself.

The company has already planned and promised a 5G phone release and coming up with a device quite soon. We expect it to belong to a Mate 30 series device. The actual launch date was supposed to be in the second half of 2019, but recent leaks suggest it being preponed to the first quarter of 2019. Huawei is also expected to offer a new foldable 5G device. This can come into reality during the Mobile World Congress in 2019.

Well yes. Players like HMD Global who markets Nokia range of devices, Sony, Motorola, and LG are also in the fray for launching the 5G smartphones in 2019. In fact, by the second half of 2019, we will definitely be in for a treat with respect to a plethora of new devices.

Vivo and other players have also been giving a thought to introduce the 5G device. When that actually happens, hopefully, we will come up with another post with the complete details of all the new 5G mobiles available, instead of focusing on speculations at this stage.

That was all we have had with respect to the 5G smartphones that are likely to be launched by the end of the year 2019. Obviously, there are no devices currently available or being launched in the immediate future, we have avoided sharing any concrete information on the specific features of the new 5G mobiles. Except for the Oppo R15 and Xiaomi Mi Mix 3 as of now, there has been no concrete confirmation with respect to the 5G smartphones. Huawei is perhaps another brand we have high hopes for.

We expect the launch of smartphones with the 5G compatibility quite soon. In fact, the first quarter of 2019 is likely to bring in a little real news with respect to the new launches. Until then, we will keep speculating about the new 5G mobiles real soon.

Is It Worth It To Buy A Refurbished iPhone 8?