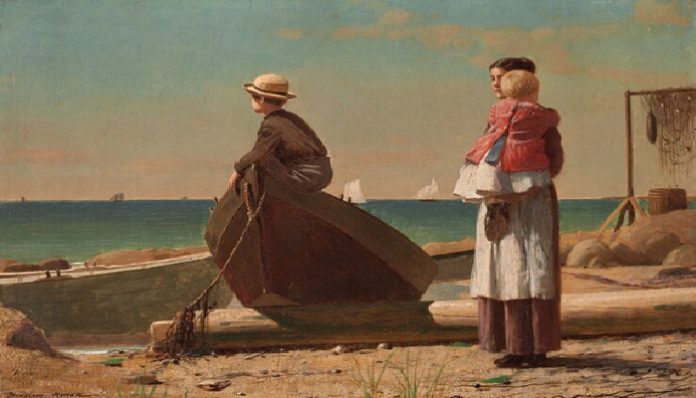 Winslow Homer (1836–1910) is nowadays best known for his seascapes, sea paintings, and marine subjects in general. However, he is considered one of the foremost American painters of the 1800s. Although he started his career as a very successful commercial illustrator, he later took up painting. He used watercolor and oil for his paintings and even experimented with etching.

Homer had an exciting life and career, but, unfortunately, many art lovers who appreciate Winslow Homer’s artworks are unaware of all the “hidden facts” regarding his life and work.

In this article, we’ll look at some of the not-so-generally known but fascinating facts regarding the painter Winslow Homer as a person and artist. We’ll answer a few “are you aware?” questions.

Are you aware that Winslow Homer had a close relationship with his Mother?

The famous painter Winslow Homer and his mother, Henrietta, were very close. She was a very talented watercolorist herself, and Winslow received his first lessons on how to use colors from his mother. Winslow and his mother had a close relationship throughout her life. He said that colors bonded him and his mother.

Because of this close relationship, many characteristics of Henrietta could be found in Winslow. He inherited her strong-willed nature and her quiet and friendly traits. However, according to art critics, the best characteristics he received from his mother were her dry sense of humor and her artistic eye.

Because of his excellent relationship with his mother, Winslow had a happy childhood. Due to his mother’s encouragement, his art talent was evident when he was still very young. His good childhood memories most probably played a role later in his painting’s decision to depict simple farm life and rural environments. 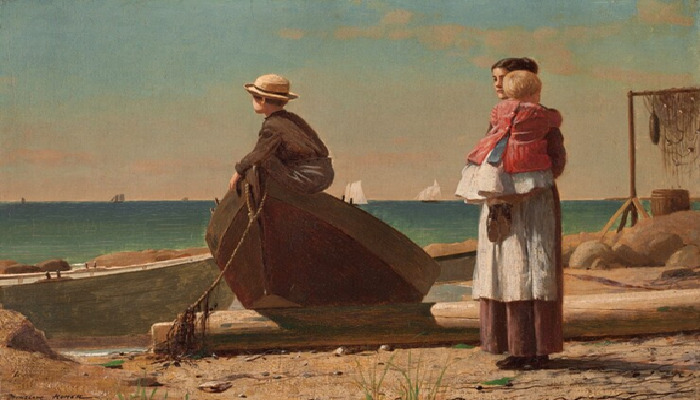 Are you aware that Homer’s Independence As a Young Man Influenced his Career and Artwork?

From a very young age, Winslow Homer learned to be independent and do things for himself. His father traveled quite a lot, and the family moved home a few times. This type of life taught Winslow to “do things his way.” His sense of independence also influenced his art training. To a large extent, he didn’t need outside stimulation to create art. Therefore, he was almost self-taught, and his sensitivity to the use of color was learned from his mother.

Art historians agree that his independent outlook and his lack of “formal” training are some of the reasons for his success as an artist. By being so independent, he was not influenced much by other artists, and Winslow Homer’s watercolors, for instance, are unique in many ways.

When he was 21 years old, Homer established himself as an illustrator. In line with his independent outlook on life, he chose to freelance rather than work for only one employer. He freelanced for New York publications such as “Harper’s Weekly.”

During that time, Homer went several times to the Virginia front during the Civil War. His unique illustrations created in the 1860s and 1870s are among the best graphics of that time and are well-known today for their realism, design, and draftsmanship.

Are You Aware that Winslow Homer’s Paintings are Based on Direct Observations of Nature?

As mentioned above, he was an excellent illustrator, but that was not enough for Homer. Therefore he created and launched his first realistic oil paintings in 1862. After the Civil War, Homer started painting scenes related to the simpler life on the farm, his childhood in the country, and other “down to the earth” subjects.

When you check out Winslow Homer’s watercolors and other paintings, you’ll realize that he always worked on visual sensations of outdoor color and light. He disregarded the traditional ways of using light.

Homer’s artworks – including his illustrations – were always based on direct observations of nature. He combined the qualities of color, pigment, and line with a fresh vision.

In 1873 Homer started to use watercolors. Watercolors were to him just as important as oil paints. Because of his success with watercolors, he left illustrations and, after 1875, only created a few.

Are You Aware that Homer Left Civilization in 1883 and Lived the Rest of his Life Alone?

In 1883 Homer left New York to live alone in Prout’s Neck on the Maine coast. He built a studio there and lived there for the rest of his life. He did everything himself, including cooking and household tasks.

Up to today, nobody knows why Homer left civilization to live alone. However, in his letters to the family, he wrote that he was pretty happy with his life.

During this last phase in his life, the famous Winslow Homer seascapes and Winslow Homer sea paintings were created. He also loved to depict the mountains and the forests, as well as the sailors, fishermen, and hunters. 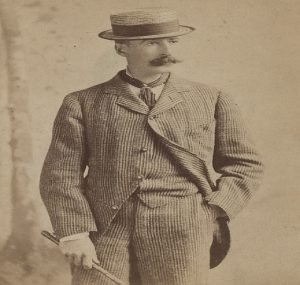 Are You Aware that the Sea Became Homer’s Dominant Subject After 1889?

While living alone, he experimented with a technique called etching for a short period. Although these paintings were his best-designed works, they did not sell. As a result, he stopped etching after 1889.

The sea became his main subject for the last part of his life, and his favorite theme was stormy oceans. He depicted the sea and the shore as a “Battlefield” of waves and rocks. When viewing his sea paintings, the viewer experiences the waves’ movement, the rocks’ sturdiness, and the collision of the water and the rocks.

In the late 1890s, Homer spent most winters in the Bahamas, Bermuda, or Florida, where a new world of light and color was revealed to Homer the artist.

When you want to know all about Winslow Homer’s paintings, it is recommended that you conduct a background study of the artist’s “hidden information.” You will better understand this artist, who received many honors as the foremost American painter and illustrator.