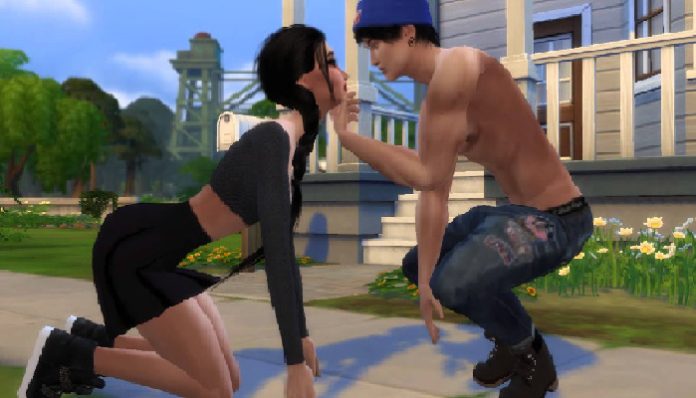 In terms of aesthetics and storyline, video games have progressed significantly over time.

While some players may be nostalgic, the current inflow of games on the market is getting more rich and diversified, with even more intriguing ideas and alternatives to keep gamers entertained.

One significant advancement has been the inclusion of romance in prominent games.

While there are a plethora of visual novels and independent games that really celebrate gender-inclusive romance, several large gaming franchises have opened the road for players to enjoy total freedom of choice and expression.

You can download these games from The Pirate Bay, and start playing.

Divinity is a medieval fantasy game that transports the player to Rivellon, where Sorcerers are persecuted for their abilities.

You may play the game by either selecting one of the pre-made characters, all of whom can romance one other, or by inventing your own character.

Only those who attend the party can be in a long-term relationship. Later in the game, there are a few Non Player Characters who may be eloped with regardless of gender, so there’s something for everyone.

For quite some time, the Dragon Age franchise has been recognised for its inclusive romance.

In this aspect, Dragon Age II excels, since all of the romance options are accessible for both genders of the main character, with five to pick from if The Exiled Prince DLC is loaded.

In addition, even though they aren’t romance choices, a few additional companions can be flirted with.

The romance possibilities in Dragon Age: Inquisition are a little less flexible, with certain characters limited for male or female inquisitors exclusively, although there are still characters accessible to both genders.

Stardew Valley is a gorgeous, very addictive game about starting a new life on a farm after escaping the monotony of corporate life. The player has complete control over their character’s appearance and gender identity.

Knowing what they enjoy most can help you acquire their trust and eventually marry them, as well as unlock their heart events, which are short sequences.

Same-gender love and marriage are both legal, and same-gender couples can even adopt.

The Sims franchise is without a doubt a game that has been praised for being pioneering in terms of inclusive romance and diversity.

When inclusive romance was practically non-existent in games in the late 1990s, The Sims broke through barriers by showing two women kissing.

The Sims 4 is the most recent iteration, and it allows the player to pick a character’s wardrobe choice individually, allowing for the creation of trans Sims.

Fallout 4’s story may begin in a classic manner, with the main character seeing the death of their significant other and the kidnapping of their child.

However, they’ll be introduced to a colorful array of characters who, for the most part, can all be romanced.

There are also a slew of Fallout 4 modifications that bring new companions and make previously inaccessible characters available as possible mates.

Dreamfall Chapters and its predecessors are required reading for anyone looking for the story of the decade.

This is a lovely story about other timelines, magic, technology, and unconditional love. While progressing through the tale, the player controls a range of different characters depending on the chapter.

One of the game’s key characters publicly stated their love desire for the same gender during one of the cutscenes, which likely violated one of the gaming industry’s biggest taboos.

Japanese RPG games are notorious for having a plethora of romance choices, and Fire Emblem: Three Houses is no exception.

Regardless of the gender the player chooses for their character Byleth at the start of the game, there are a slew of characters who may be romanced.

There are plenty of video games with romance options.

Once you find out which of these games are more suitable for your skillset, you can download them, and start playing.

When you can pair your loved characters together, the game will be more fun to you, we promise.

Game Tyler Damon - May 13, 2022 0
To Pacman 30th Anniversary of Pac-Man, work is underway on Google Doodles. This Nostalgia game is a re-enactment of the popular video games of...