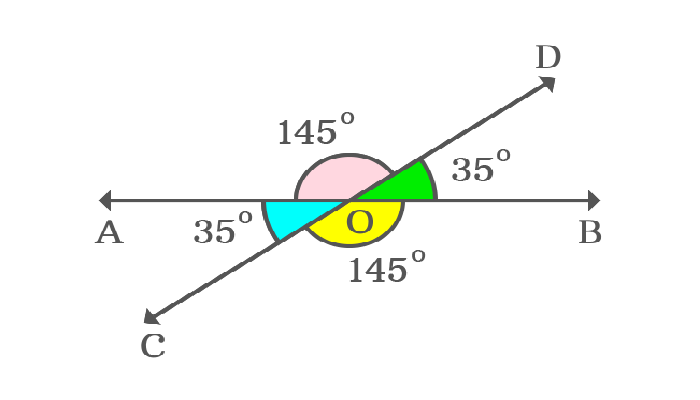 Vertical angle and their details

When a couple of lines intersect each other, four angles are formed. In a fact a couple of non- adjacent angles emerge. Such pair of angles is referred to as vertical angles. It is known as a pair of non- adjacent angles, when a couple of straight lines intersect. Such angles are located from one another in the corners of X which is a combination of two lines. It also goes by the name of vertically opposite angles, since they situated opposite to each other.

The theorem of vertical angles

Are vertical opposite angles concurrent and supplementary?

Could the vertical angles turn out to be right angles?

How is it possible to measure the value of a vertical angle?

When you are solving such cases, first and foremost we need to measure the parameters properly. If you find an angle that is given next to the vertical angle, it would be easy to figure out the value of a vertical angle where you subtract the value from 180 degrees. Since it is proved in the domain of geometry that a vertical angle and an adjacent angle would be supplementary at 180 degree to each other.