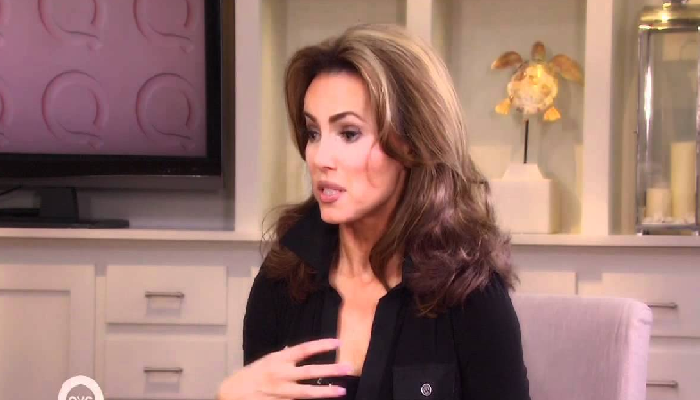 Lisa Robertson has been a powerful name in the QVC circuits and we found her to be enjoying her retirement of late. She seems to have decided to move on and has a lot of sweet memories about her journey at QVC.

The Lisa Robertson Facebook post revealed that she indeed found it quite an enjoyable experience ever. “I think one of the things I needed to learn was who I was without that job because, for 20 years, that’s all I thought about all the time,” was what she discussed when she discussed her career and how she decided to move on.

It has been two years or even more after she left QVC, but you will still find the YouTube videos that have been bustling with views and comments. Lisa Robertson has always been a superstar host and she remains so even today. Her friendly appearance and beautiful mannerisms have won over thousands of fans on the service.

Lisa Robertson Got Emotional during her final show

The host Lisa Robertson got quite emotional when handling her final show on QVC and thanked the fans for the continued support for more than 20 years. That was way back in 2014, but you still feel like remembering it.

Shopping on QVC won’t be the same again – that was what hundreds of shoppers thought to themselves when they watched their beloved host Lisa Robertson saying goodbye in a two-hour-long show in December 2014.

“I am not sure you realize what a difference you make. We have shared a lot you and I, the good and the bad,….You have become a part of my every day. I know you listen to me, but I want you to know that I listen to you, too. You have been a bigger help, a greater source of comfort and a more welcome diversion when I have needed it, than anything else I can think of.” She stated on the QVC blog.

The Lisa Robertson Facebook post provides you information about the best experience that she received. She indicated that “They say that ‘Today is the first day of the rest of your life….On this first day, I overslept, and it was wonderful.”

While fans have been eager not to let her move out of the show, and enjoy her “new challenge and a new adventure,” – they do have a huge list of fond memories that they had with her. Her co-host Courtney Cason stated that “She makes life glamorous and happy,”. Another co-hostess Amy Stran stated that she is being missed already.

The Day she quit the show

The host of the ‘PM Style with Lisa Robertson’ stated in her Facebook post that she is indeed happy to be associated with the best that she could achieve as part of her 20-year long career with QVC.

It may be worthwhile to remember here that Lisa Robertson had joined the QVC network in 1995 and made the announcement of her decision to quit in October 2014.

“I just thought, well, if I’m looking at it, going, I love it but, how long can I do it…then it’s time to go hmmm, alright well I’ve done it and I loved it and it was great and now there’s really nothing left to do here that I haven’t done, so it’s time to go try something else,” she had stated back then explaining why she decided to quit the show and move on.

While she had long maintained that she feared taking risks, but still leaving an established show and moving on to try a new career can be seen as a real way of achieving the perfect risk-taking capability.

The techie find is A Tech Blog Which Shares - Some Trending news articles and Technology music game and also shares app articles.
Contact us: thetechiefin[email protected]
Copyright © 2022.
write an essay for me | write my essay
MORE STORIES