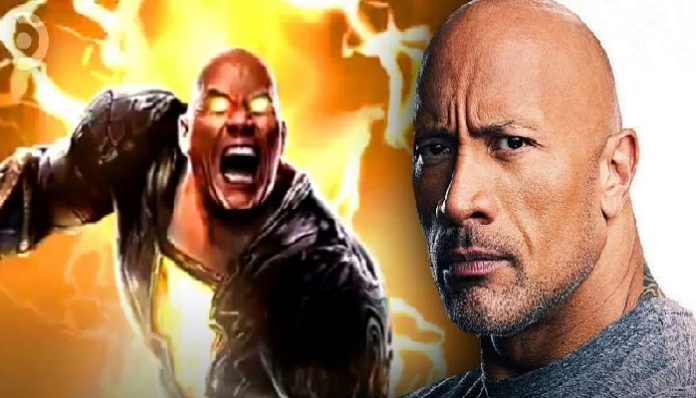 Black adam movie – Everything you need to know about it

We’re coming closer to seeing the Black Adam movie, and we now have a trailer. A real trailer with genuine characters and narrative aspects, as well as a lot of pictures of Dwayne Johnson’s troubled forehead.

We’re looking forward to seeing The Rock take on a role that’s even more strong and rowdy than his own wrestling character. Teth-Adam, called Black Adam, is a supernatural entity with roots dating back 5,000 years who enters in a far more modern period to take on a team that predates the Justice League.

But when may we expect to see the Black Adam film? And just how much of an anti-hero will he be? To explain everything, we’ll go into comics history and contemporary events. As Johnson has hinted, Black Adam isn’t going to be a kind man. The film’s idea is built on his rebellion against how super-powered humans are meant to behave, and it will depict his roots thousands of years ago before bringing him closer to the current day.

On October 21, 2022, Black Adam will arrive. Due to a series of inconvenient delays owing to the pandemic and post-production concerns, this is the film’s third release date.

Dwayne Johnson has previously said that the film will be released on December 22, 2021. Later, it was put back to July 29, 2022, and then to October. Perhaps, this is the last time the film is postponed; it seems like it’s been in the works for a long time.

The first trailer for Black Adam movie debuted at CinemaCon 2022, but was kept concealed from the general public. We ordinary humans who don’t own multiplexes had to sit until Warne released the trailer online in early June.  We also see much more of Dwayne Johnson in his black thunderbolt outfit, which he wears while blowing up a bunch of things. Dwayne in full costume was also included in a promotional video that aired at DC Fandome. You also got the chance to meet his supporting cast and see a scene in which he burns a man’s head to ash.

Johnson has indicated that his interpretation of the figure may not be as evil as the comics’ version. Production president, Hiram Garcia, remarked in an interview. He was designed to be a villain. He turned into an antihero because of the fans’ affection and the work of some fantastic authors and storytellers. The antihero has always been a figure who we have admired and reacted to. However, we believe that he has seen several sides of Black Adam. Finally, he is a man who has always been motivated by his family and what happens to them. When you cross him, he isn’t afraid to unleash hell on you.

Black Adam has been endowed with magical abilities such as incredible strength, endurance, resistance, brilliant mind, skilled combat skills, the ability to fly, and the capacity to manipulate lights.

What happens in Black Adam movie

Teth-Adam (Dwayne Johnson) is a ferocious warrior who is forced into slavery when his family is slaughtered when a hostile army invades his nation of Khandaq. After the Shazam Wizard offers him thundering talents, Black Adam breaks his shackles to become a cruel anti-hero, but he’s such a strong force that he’s imprisoned for 5000 years. When he manages to get out, he meets up with the Justice Society of America, a gang of superheroes.

Atom Smasher, a giant-sized hero with incredible strength, Hawkman, a winged explorer who reanimates when he dies, Doctor Fate, a sorcerer with links to mysterious beings known as the Chaos Lords, and Cyclone, a lady who can generate whirlwinds on command, make up the squad.

Black Adam first appeared in 1945’s Marvel Family from Fawcett Comics, during the Golden Age of comics. Black Adam, like Batman’s renowned arch-enemy the Joker, was supposed to be a one-off villain who would perish at the conclusion of his initial appearance. But, like the Joker, who reappeared years later to become Batman’s arch-enemy, Black Adam’s origin tale ended up setting the basis for a comeback that elevated him to the position of his superhero foe’s major antagonist.

When DC acquired several of Fawcett’s characters, Black Adam was resurrected as one of SHAZAMarch-enemies, albeit the hero and villain only appeared seldom for decades. Black Adam didn’t receive a major comic book relaunch until the early 1990s.

Theo Adam transforms into Black Adam by saying “SHAZAM” and evoking the power of six Egyptian gods, giving him powers comparable to those held by Billy Batson and his family.

Black Adam movie – Is black Adam a hero or a villain?

Basically, he was a real villain. And he seems to be leaning in that direction throughout the movie. However, since audiences like The Rock, Warner Bros. may be tempted to give him a discovery that transforms him into a decent guy. Is it fair to call him an antihero?

When Hawkman states, “In this world, there are heroes and there are criminals,” the video teases a terrible background involving his kid and offers a moral choice.

In the teaser, he’s also informed that he has the option of becoming “the destruction of this planet, or the savior of this world.” Black Adam is subsequently shown catching a missile that would have killed two ordinary people in a Scooby-Doo-style vehicle, however he doesn’t state which way he’s leaning. At the very least, he’s Our rescuer.

Read Also, What Space Movie Came Out in 1992